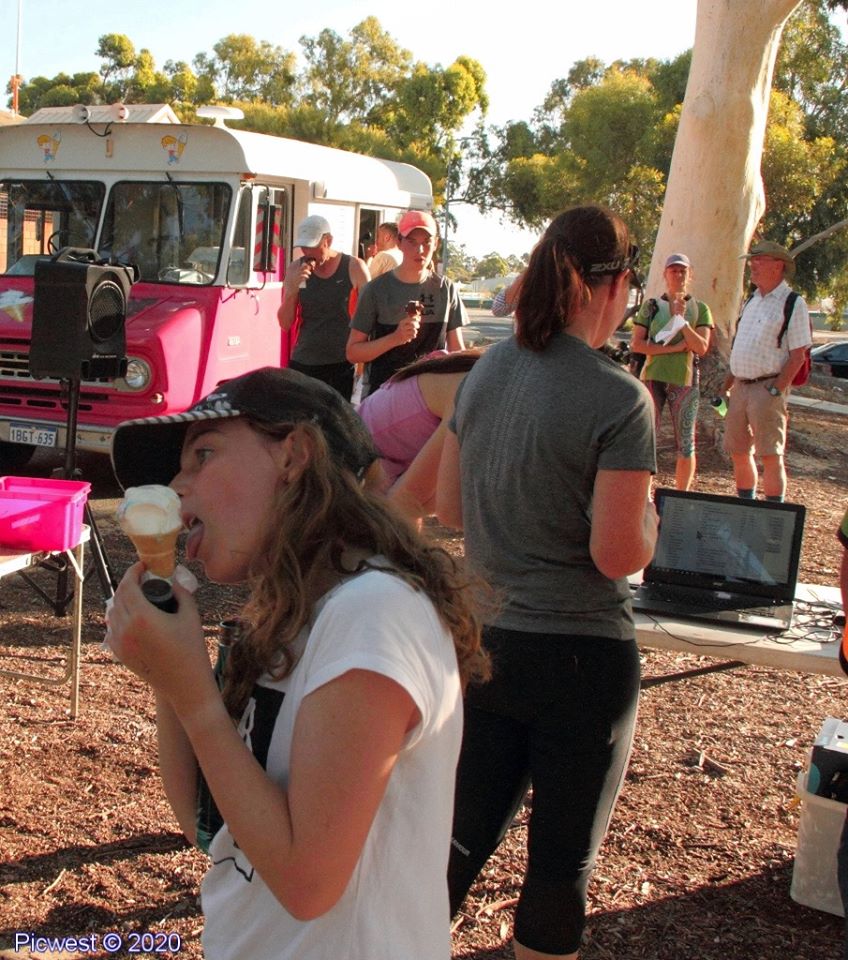 The first event for 2020 was on a new map in Kelmscott & Camillo in Perth's south east. Courses were set to maximise the park and bush area at John Dunn oval with many natural and man made features to use for control sites. All participants had to leave the reserve at some point to collect the required number of controls and many found the task of deciding which extras to collect quite challenging with several small bunches of controls located nearby that potentially led further into dead ends or required long loops to get around, so map awareness was a must!

Despite the lack of (unlocked) toilets and the warm afternoon, courses were well received and competitors enjoyed the challenge. Of particular interest was the ice cream truck that was persuaded to return when entrants were finishing their courses. This was most welcome and very well utilised! Perhaps we should organise ice cream trucks more often on warmer days. The MTBO socks were also a highly sought-after spot prize.

Many thanks to the mapper and setter, Ricky Thackray. Thanks also go to Rachel West, Melinda Richards, and Liam and Amy Dufty for admin assistance. Thank you to Rob Beattie, Sue and Jack Dowling, Andrea and Mason Eves, Hadrien Devillepoix, and Penny and Phil Dufty for control collection and post-event packup. And finally, thanks to all who came and helped make the event a success. Hope you enjoyed the icecreams!