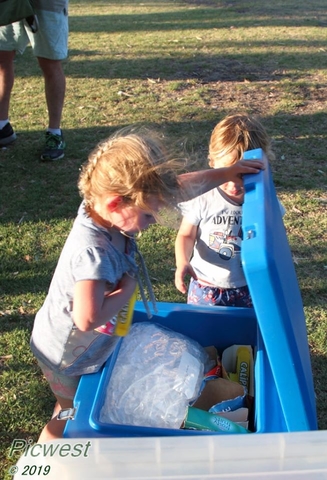 Due to the hot conditions the Maylands Metro Series event was modified to be non competitive. Course lengths were also reduced and there was no mass start or official timing. A small group of 25 ventured out into the hot westerly wind, some even ran. Icy poles and watermelon were provided for refreshment at the finish, which was very well received.

This event was set by junior state team rep Riley Mcfarlane, who put out some controls, then did a 100m relay final at State Athletics, before returning to assist with admin. Sharon and Lily Mcfarlane also put out controls and managed the admin. Thank you to the McFarlane family for your efforts particularly on such a hot day.

The Metro Series takes a small three week break now over the Christmas period. It will return on January 11th to the suburb of Camillo on a new map by Ricky Thackray. Have a great break, stay safe, and we look forward to seeing you all back in the new year.