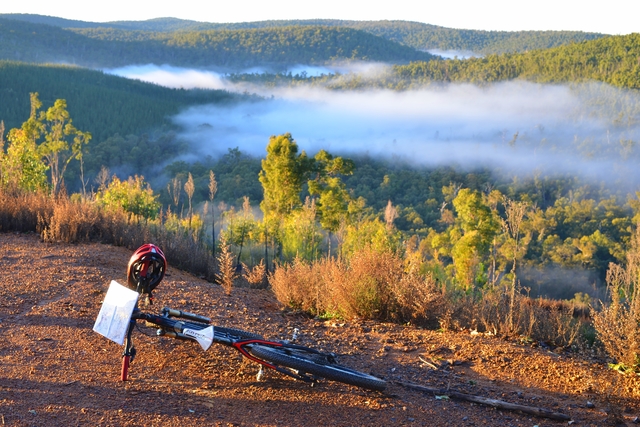 There's a first for everything, Ricky Thackray, Australian MTBO representative about to head off to the World Championship in Austria, showed up at registration having forgotten his helmet. Luckily we had a spare so he could ride the course and he didn't forget any controls this time!

It was a pretty chilly morning but everyone got a good warm up with the climb to the pre-start, a 1km and 60 metre climb. Hadrien set a mostly downhill short course but poor Lois missed a control and had a bit of an extra climb. The Redding family lost two SI cards during the race but after some extra riding found both! A very special thank you to Duncan for driving into Dwellingup to get the setters coffees and helping with newcomers, he even got the sausages going that Tash brought for everyone to enjoy post race.

Thanks to
setters: Hadrien & Ellie
control collectors: Tash, Ricky, Duncan, Tom, Michael and Patrick
special thanks to Duncan for helping out on the day, even when he couldn’t enjoy the courses.