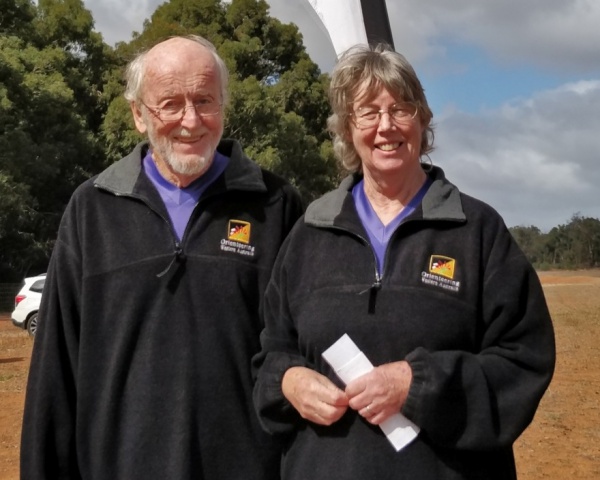 Seventy-five orienteers competed in the first bush event of the season on a blustery morning in the beautiful rolling hills and rough bush at Edmund Rice Agricultural College at Bindoon.

Thanks to setters, John and Jenny Major, supported by the KO club for kicking of the 2018 bush foot orienteering season at Edmund Rice College in style.

For those of you who wondered “who is Edmund Rice”? He was the founder of the Christian Brothers, so don’t expect to see his name in the results! Working with John and Jenny Major was controller Chip Lundstrom and the Organiser was Dave Pass and we thank them for a good event, and it’s good to see Chip back orienteering.

A big thank you to all those KO members who brought cakes, another KO cake extravaganza! Thanks to Coreen and Melinda in the caravan and to Vanessa, Ceri, Graham, Heike, Cameron, Luan, Andries and Sten for control collecting and Wendy for general duties