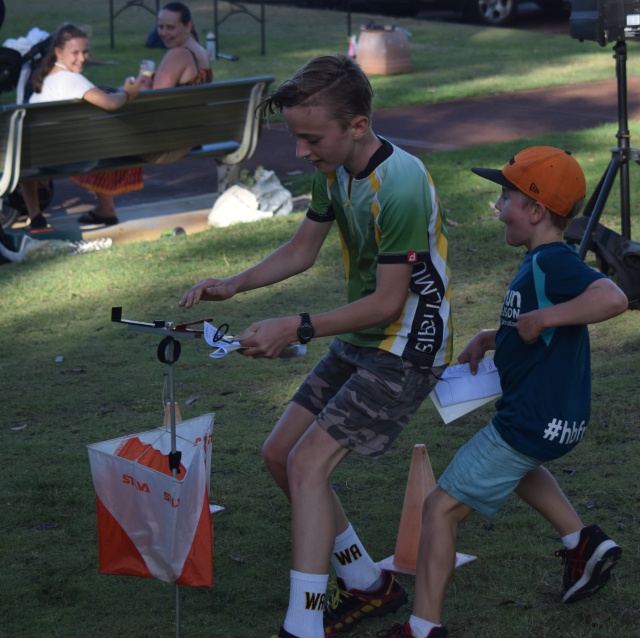 One of the more pleasant ways to explore Perth is with a map in hand at the Metro Series, as orienteers discovered at Mt Pleasant on Saturday afternoon. River views, lakes and parks all featured on the map. Keen orienteers parked up to 2kms away, while several rode their bikes to get to the Mt Pleasant Metro Series event.

The orienteers were rewarded by an interesting new Simmo map, with courses taking in a steep hill and three wetland areas. Alex Tarr from Victoria took out the Short course, while Oliver Martin blitzed the hill to win Medium by 10 minutes. Sten Claessens won the Long course by avoiding the hill, and Mark Newhouse was the first mountain biker home.

See everyone next week at Bayswater for the last event in the 2017 - 2018 Metro Series.