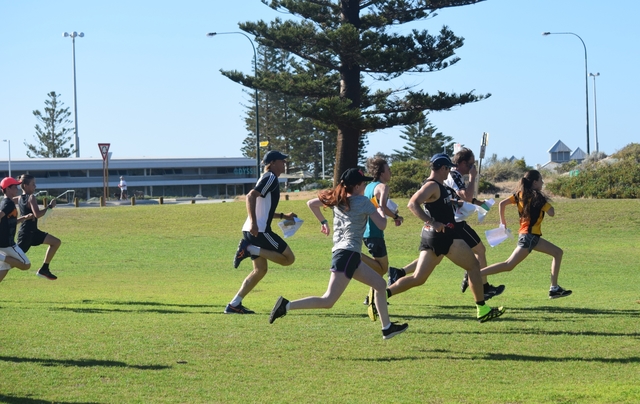 A big crowd or orienteers descended on City Beach Saturday afternoon and, just like the kite surfers, they were flying around the course. Bike riders, runners, joggers and walkers had a great time as they explored the renovated city beach foreshore. Well done to all who participated.

It was a long day for the setter, Natasha Sparg, who got herself lost this afternoon! A typical WA day at the beach with the hot sun, soft sand and cool seabreeze addled her brains. Getting all the controls out on time is a weekly afternoon challenge for Metro setters. It’s often hotter for them that for the competitors, so thanks to all of them for their hard work.

A special thank you to Ricky Thackray for setting up and running registration, even while he was supposed to be getting ready to go! (He still managed to win the bike course!). Thanks also all control collectors: Sue and Jack Dowling, Carol and Ken Brownlie, Brian Austin, Melinda and Sarah Richards, Lara and Zali Dale.