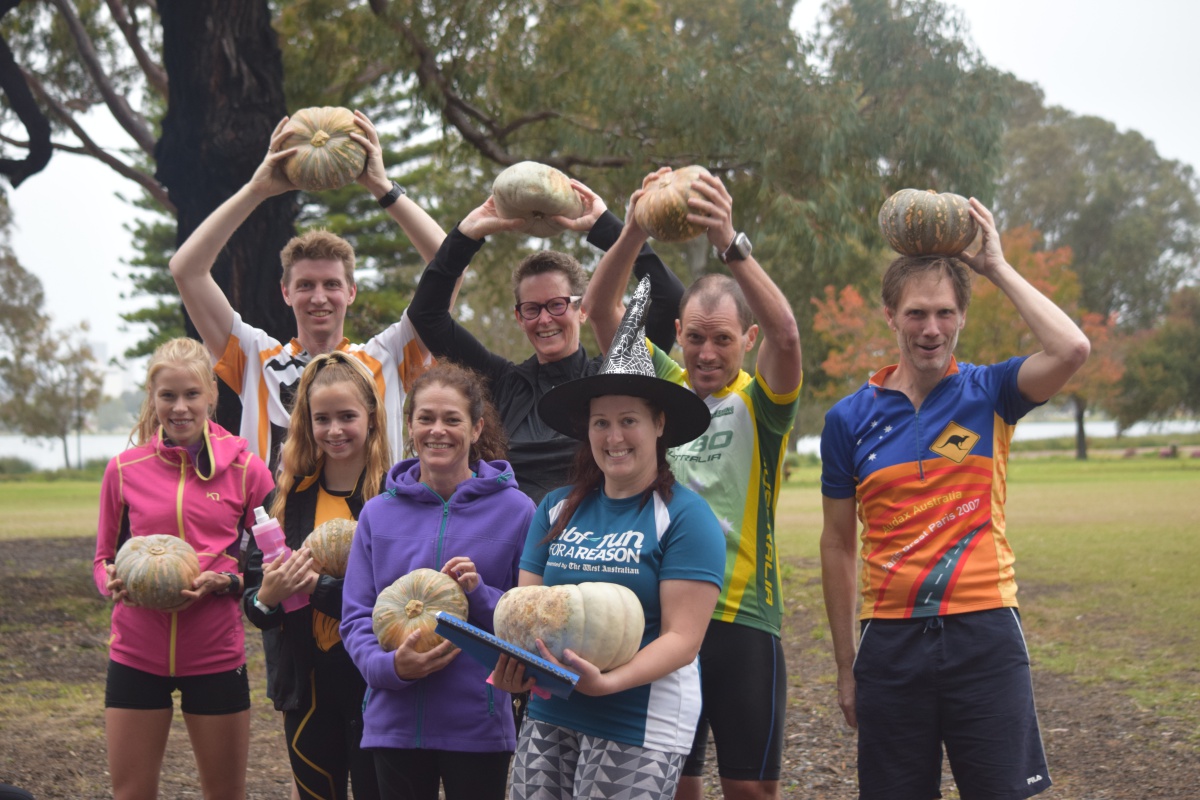 A grey sky matched the spooky mood at the Halloween themed event at Lake Monger as the Metro Series kicked off the season. From games, spiders guarding the string course lollies to the pumpkins awarded to course winners it was a Happy Halloween by the lake.

From the pen of the setter ….

A dark cave, in the middle a boiling cauldron. Thunder (or at least a little rain). Enter the setter-witch.

This will make my day
Such an eventful play.

An Evil witch set this week's course complete with a nasty string course for the kids. Luckily most participants came through relatively unscathed, although a little bit damp.

O Well done! I commend your pains,
Everyone shall share in the gains,
Now about the cauldron sing,
Live elves and fairies in a ring!