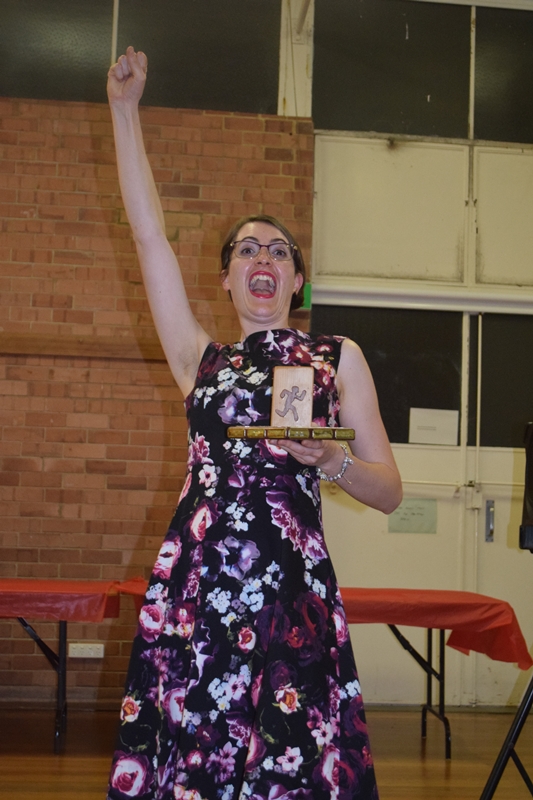 The Annual OWA Award and Volunteer Dinner on Saturday 21st October was a welcome chance for orienteers to put on the glad rags rather than O-suits for an evening of celebration. It’s was a chance to acknowledge our champions, volunteers and achievements over the past year.

The evening started with socialising while browsing a year in review photo show, collated by Rob West. There were also some fun paper puzzles to test the skills of young and old, including crosswords, mazes and an ODUKO on offer. A notable test was the how many words can you make from the word “orienteering” using each letter only once showing off the puzzle solving skills. Brian Austin got to 170, maybe Brian has found a new calling! (Google “Orienteering Puzzles” if you have some time to spare!)

The more business side of the night, Lily McFarlane thanked the managers and coaches of the school team for all their time and work at the National Championships. We recognised our Volunteers of the Year who represent all the many others who do so much to keep the association running. Be it setting events, managing the equipment, running coaching courses and many other important tasks.

This year Volunteers of the Year were:

A catered dinner was complimented by dessert from willing helpers then the evening moved on to the presentation of trophies for individuals and clubs. KO took the overall club trophy for 2017, proving that big is not always best.

The evening wrapped up with Ken Brownlie presenting the Golden Gumnuts for those of us who distinguished ourselves in ways we would rather not have....those moments that are slightly embarrasing and raise a laugh. As ever our thanks go to the Perth Weavers Society for the use of their Hall and to Sue Grieg and her helpers for setting up the venue. Carol Brownlie for overall organisation, Nicole for managing the bar, Jan collecting the trophies and organising the engraving and the host of other willing hands to tidy up the hall.

All the photos from the night on our Facebook page

See you all next year!