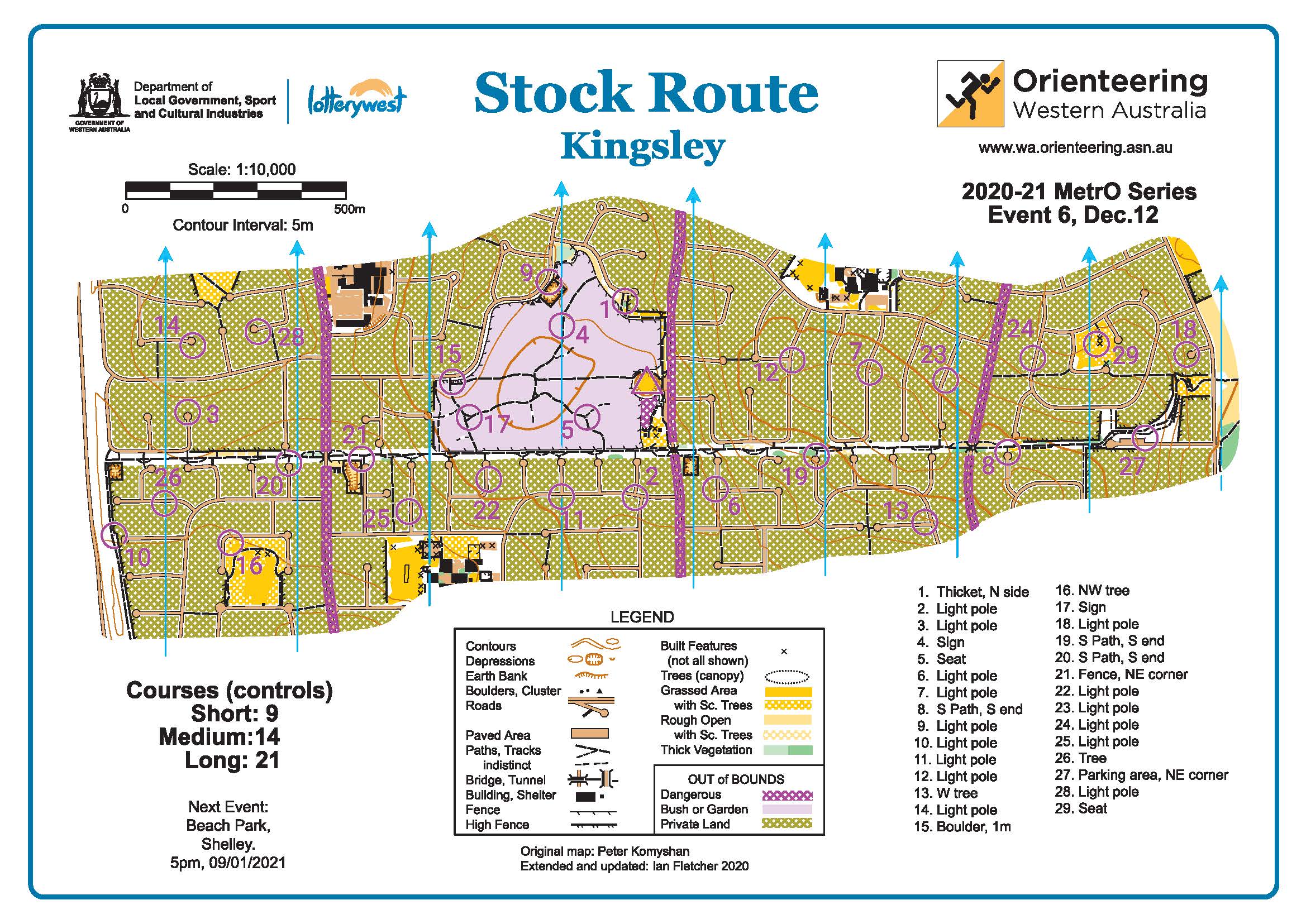 A fine afternoon with a cooling sea breeze saw 81 starters, including about 15 novices and a pleasing number of recent first-timers, gathered to explore the remnant bush of Shepherds Bush and the surrounding back-streets of Kingsley.

The map is the central east-west portion of the Kingsley map, centred on the major bicycle/pedestrian path known as Cattle Trail. Several roads that run across the map were made out-of-bounds for safety reasons and to constrain route choices for the longer courses, eliminating broad loop options and forcing consideration of out-and-back options.

Route choices in the new, western extension of the map were complicated by the irregular road pattern and boundary fence there. Visiting all those controls required almost a kilometre more running than the same number in the eastern areas.

Spot prizes were re-instituted for this event and it was pleasing to see greater numbers staying for the presentations and event wrap-up. Many thanks to the event helpers. Carol and Ken Brownlie assisted with site preparation and later collected controls and packed up. Carol also conducted the novice briefing, and with Daisy McCauley greeted newcomers. Rosalie McCauley handled  IT and Melinda Richards took care of registration. Chip Lundstrom, Jason Simpson, Nick Dale and Graeme Harris collected controls. Ian Fletcher was course setter and Santa provided goodies for the spot prizes.

Check and compare your results here !  A more in depth analysis is found here>>