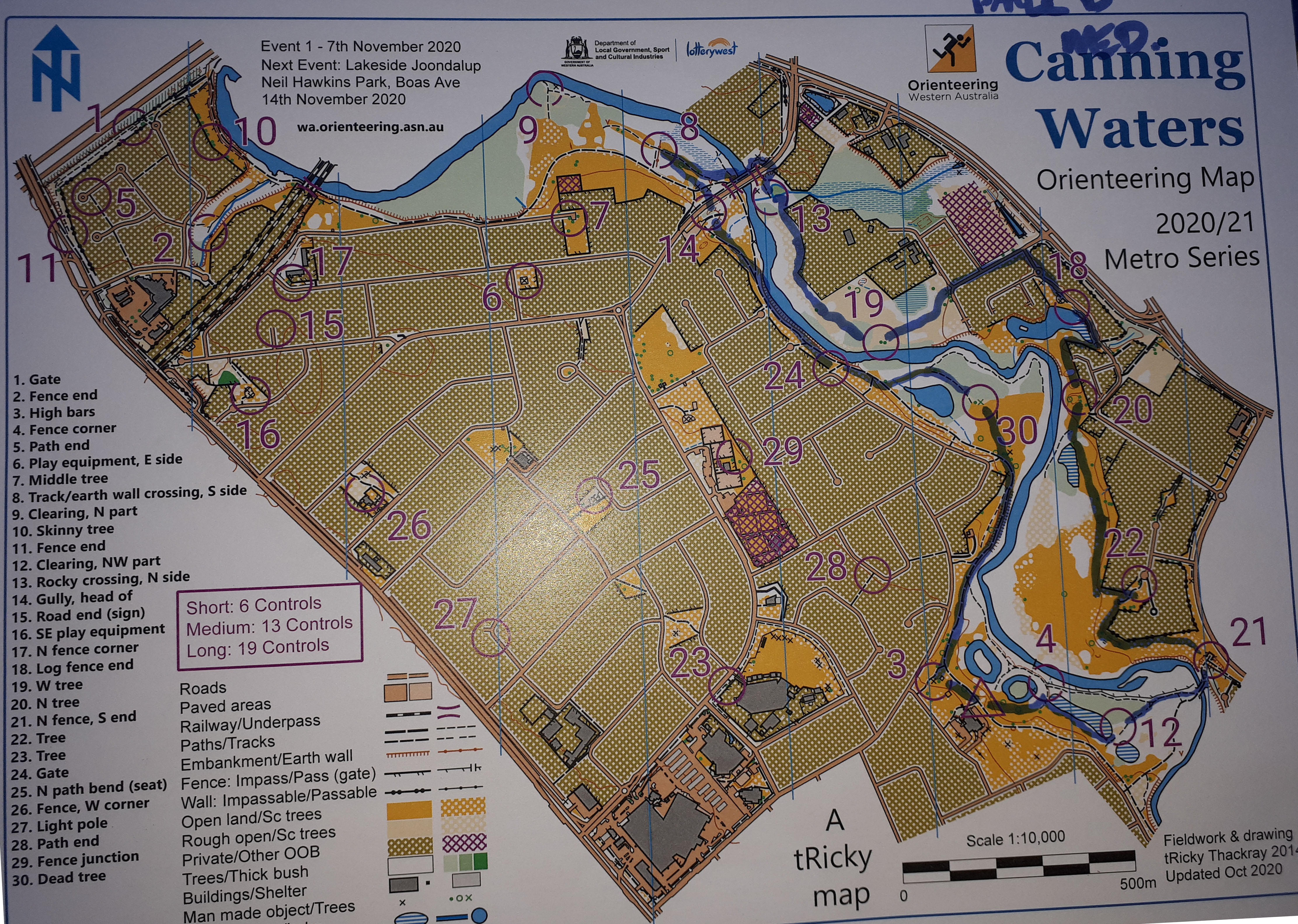 The first event of the MetrO season in Thornlie provided participants with a good mix of urban and semi-urban areas with the river to cross via one of the two bridges or the log crossing for an adventurous challenge (as far as this setter's aware no-one fell in).  Controls were nicely situated on features to maximise route choice and included a gully, an earth wall and a rocky ford to add a bit of interest!  Sadly the grass seeds I promised wouldn't be there grew in the week before the event and provided a minor nuisance in one area of the map.

Congratulations to the fleet of foot on the day in the Long event: Ceri Pass and Sten Claessens; Medium: Paul Dowling and Marlene Flett; and Short distance: Duncan Sullivan and Monika Swierk. They were able to take home their choice of new MetrO series swag: a singlet, T-shirt or water bottle plus Free Pass for the next MetrO event of your choice.

Maybe next week it can be you decked out in new gear!

It was great to see so many newcomers at the event and we hope to see many return to future events. Thanks go to Tash Thackray, who returned from her sojourn in Melbourne just to run in one of tRicky's events, for running many novice briefings.  Thanks also to Tash for setting up the start while I was out hanging controls.

Many thanks also go to Jack Dowling for running the computer and to control collectors Paul Dowling, Nick Dale, Rob and Lois West and especially Paul and Veronica Jarrett who ended up retrieving half the controls when we ran out of volunteers!  Thanks also to Edward and Emma Plummer for transporting the equipment post-event after Ian Fletcher's car broke down.