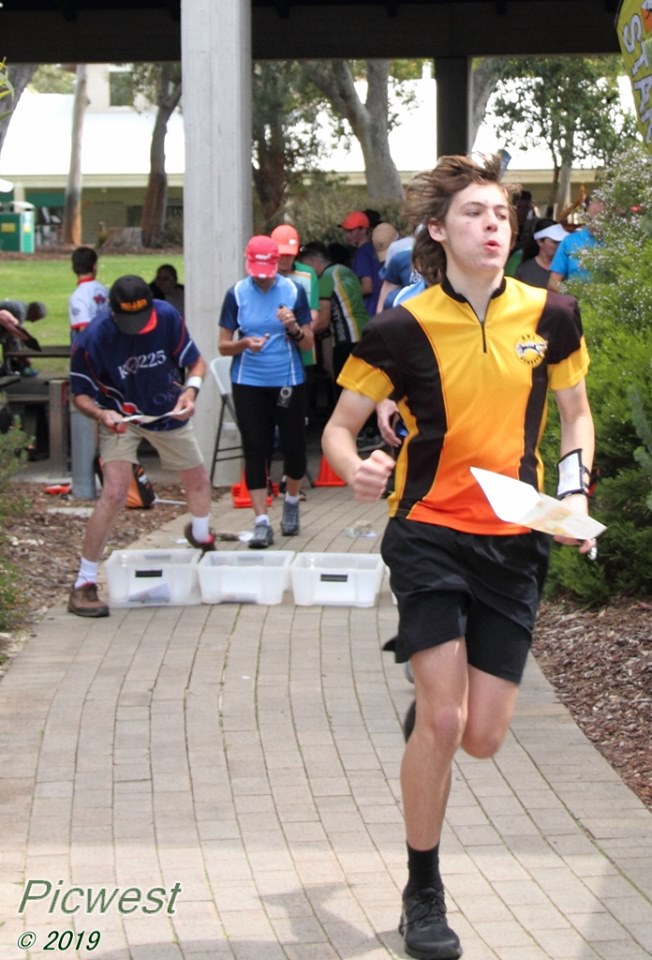 Murdoch University campus hosted the Sprint Championship with four detailed and intricate courses. There were close contests across all the age classes and congratulations to Ricky Thackray (M21A) and Veronika Vavrova (W21A) who took out the Open trophies.

Special thanks go to Nicole Davis who, as a meticulous event organiser, made everything else easy for all the workers.

Special mention to Tristan Merritt who helped his mum Karen put out controls, helped set up the start and then collected maps from early finishers. He also managed to host some friends and showed them around their first orienteering course. A busy day for a 6 year old!

Many thanks for all who came, smiled, ran hard, said “thank you” and cheered at the presentation. You all helped make the day a success.