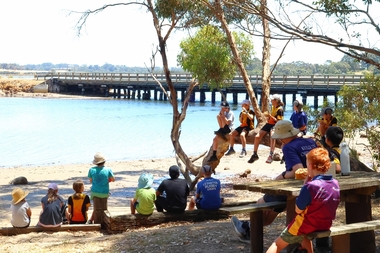 Three Nights were enjoyed at this beautiful camp with views over Princess Royal Harbour, the Wind Farm, and the Port of Albany. Twenty juniors and eleven adults attended this camp over three nights, in typical Albany weather with a strong easterly for three days and on Sunday night there was a very loud thunderstorm directly over the camp. The last day, Monday was beautiful and sunny with less winds and many of the juniors and adults had a swim in King George Sound with STS Leeuwin 11 anchored in the background.

After welcome activities from Rob and some afternoon tea, the juniors did a Camp Q orienteering activity instructed by Sarah, which gave them an opportunity to navigate and get to explore the camp and its surrounding area. After dinner, there was indoor activities lead by Tom, with the groups trying to solve problems, puzzles, and a jigsaw. 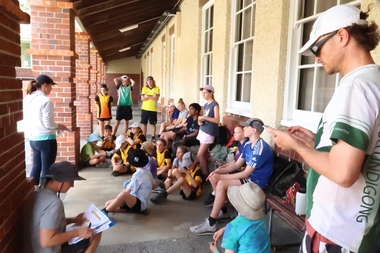 Saturday morning was a 7:30am jog from camp to Point Possession, which is 1.5 kms along sandy tracks and the ocean side beach, then a steep climb over rocks to reach Vancouver Cairn, then back along the peninsula on the harbour side beach. Zachary was the fastest for this run. After breakfast it was off to Great Southern Grammar in
Kalgan on the bus. Sten and Mark had two orienteering activities, one as individuals and the second was a relay, both using SI. In the windy conditions this gave the juniors a chance to really go full pace on the flat school map. After a picnic lunch by the Lower King Bridge, it was off to Albany Senior High School, for another orienteering activity set by Liisa and Rachel, again using SI. One activity had small portions of the map attached to the orienteering stands and this really tested the juniors map memory, as they did not get to carry their own map. Afternoon tea was held on Eyre Park and the juniors took advantage of all of the play equipment. Back at Camp Q, after a swim and dinner, Lois set the juniors a challenge with a night O using maps and torches. Going in pairs the younger of the pair had the map and was assisted if needed by the older junior. It was four short courses using SI and the juniors had to get all 20 controls, which was checked by the splits printer. 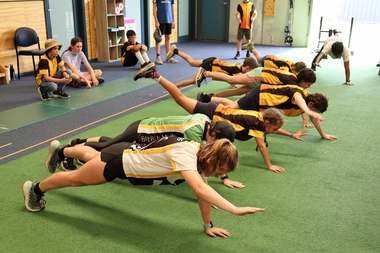 Saturday night, in the early Sunday morning there was a massive thunderstorm, with some lightning cracking right over the camp. Everyone was woken by the extremely loud claps and the three younger girls jumped into bed with Neve, the oldest girl in that dorm.

Sunday morning was another jog to Point Possession before breakfast then straight off to the ADHOC Event at the TAFE and North Albany Senior High School. In drizzling rain the juniors did a one of the three sprint courses with the long course nearly 5 kms. Many thanks to John Toomey and ADHOC for setting this event during the junior camp; results are on Eventor and some routes on Livelox. After lunch at the Forts, Marc See, a Physiotherapist and experienced runner, who was only the 5th person in WA to run a sub-4-minute mile, used the running track for some warmup and stretching activities, especially for runners. After that everyone went to South Coast Sports Medicine, where John and Marc demonstrated exercise and strength techniques with and without equipment. All of the juniors had a chance to try out all of the specialised exercise machines. Back at camp, many of the juniors had a swim guided by Nick in the harbour using the Camp Q jetty. After dinner Liam, one of the juniors, gave a Camp Quiz, which had everyone busy searching their memories for facts.

Monday morning was another run to Point Possession, with some juniors having a swim with Nick and other coaches on the way back, with the sailing ship, Leeuwin, in King George Sound, in the background. Many thanks to all the coaches, who all contributed with an activity and then assisted juniors where needed. Sarah, for the first time, was the Camp Director and she did a fabulous job. Also many thanks to Nick, the swimming instructor, which allowed the juniors to have swims. 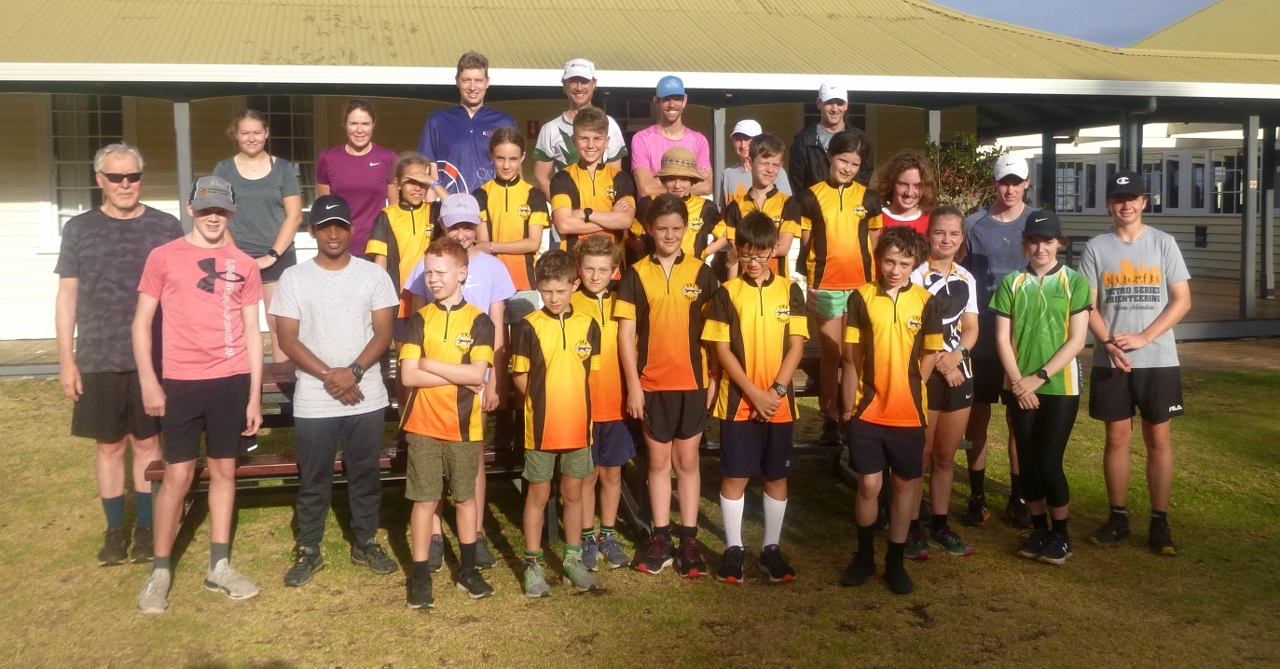