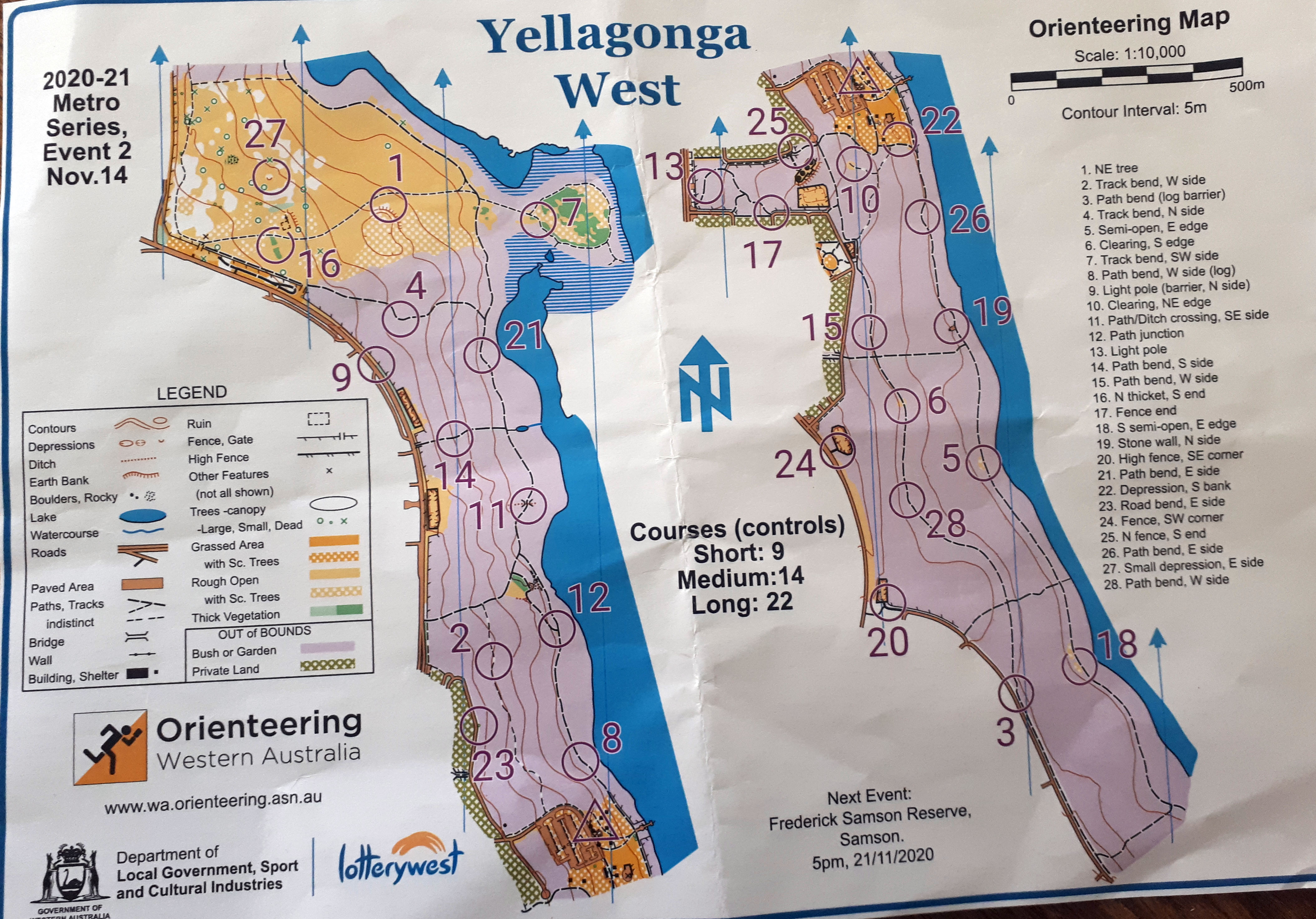 The unseasonal weather forecast for the second MetrO event didn’t stop 69 people, including about a dozen novices, arriving at Joondalup to take part. There was an ominous, short heavy shower just before the event briefings but then almost no rain until after controls were collected.

Advertising for the event promised something a bit different, and it was. The event was entirely within the strip of Yellagonga Regional Park between suburban Joondalup and Lake Joondalup, much of it less than 250m wide. The length of the map required it to be split into two shorter strips, printed side-by-side, with an area of overlap at the assembly area. This was the first MetrO map to use the new standard pale purple for out-of-bounds bushland, in this case about 75% of the map, and no participants mentioned difficulty with the change.

The constricted map dimensions did not prevent setting numerous route-choice options and there were long post-run discussions, particularly among competitors on the Medium course.  One control was out of place by about 100m along a track, which caused some lost time for a few people. There is an explanation but no excuse; Ian has been appropriately chastised.

Many thanks to the WOW members who provided on-site support for the event. Carol and Ken Brownlie helped set up; they and Graeme Harris and Sarah Richards collected all the controls. Melinda Richards cheerfully managed IT and the antiquated back-up remote power supply.